So you have seen the beginning and also the end of creation but now comes the time to look at how I got there.

Jenny Jekyll: From the Initial first sketches we look at the type of character we ultimately want. Looking at the girl for what she transforms into you need something Small, Cute and Unassuming. The great thing of where we are in this day and age is alot of artists have done their renderings of little girls particulary of the age group I was aiming to use. I imagined what Mary Blairs character would best suit since they are so cutesy!! 6 year old girls have Pigtails so we need to have those Although Originally I opted for ears I removed them for a more stylish look also with the feet. It gives her a dainty feel that we need. 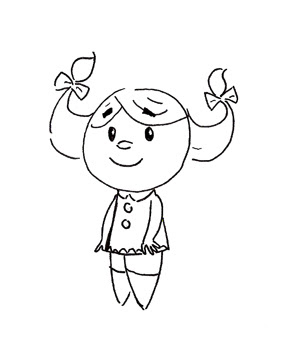 I pretty much hit the right note with it, so besides the odd change, larger head, fatter shorter arms it was time to do the finish design in illustrator to which you now see. Next blog will be about the Hyde Character and how it evolved.

Onto other things and Eagle Eyed Readers will realise that indeed theres been a header change, I know how annoying its been to scroll half way down the page to read my stuff so I decided to bite that bullet and just update it. Let me know what you think and if its too much I return the old one.

As you may know I've been down to Bruny Island the last couple of weeks I thought I would share some photos.

This heres my dog Billie who loves having a dip in the water he's already broken his lead twice in the last few days running after other dogs and even a cow!! So a brand new Lead is in Order. Ughhh 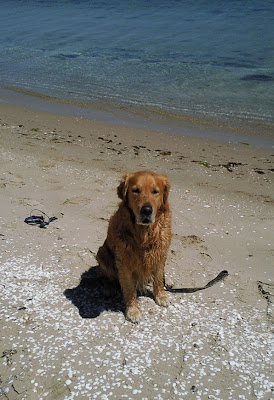 This is a lovely beach strip sometimes you get lucky and you are the only person on it! 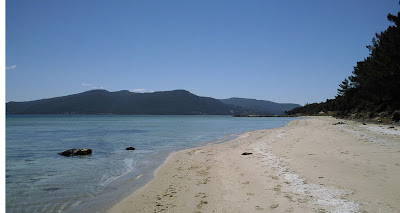 Next Post will be dedicated to the Creation of Mister Hyde Character.
Posted by Unknown at 9:18 PM