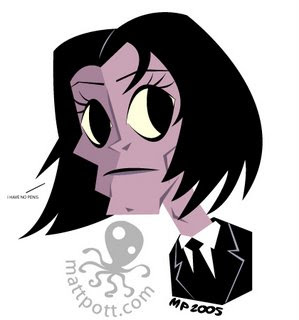 I'm sorry theres been no art, lately. I will be posting more stuff later in the week!
Posted by Unknown at 7:31 AM