I was able to gather the necessary funds to atleast go ahead and purchase a new laptop. Over the last couple of days I've been spending time updating Windows 7 and all the junk that comes with it. Not to mention adding some familiar software like Adobe and Firefox! As with all new systems there are somethings that it can do that the old PC Lappy couldn't but at the same time there are huge holes in its updating that causes unnecessary bugs with flash players and the like I didnt have with the other. Thankfully I am technically minded to add patches, updates and to google to resolve these problems. Some people arent so lucky!

Since losing the Laptop over the weekend I've been perusing the local computer stores, and after much deliberation I settled on a HP Pavillion Notebook dv6-2120TX which was as cheap as I could afford went in store to check out the laptops before finalising and an old guy approached me and asked where the box was?? Box? I replied yeah the computer bits where are they? I laughed and said "under the keyboard!!" Well what will they think of next?" he said. anyway I thought it was funny! 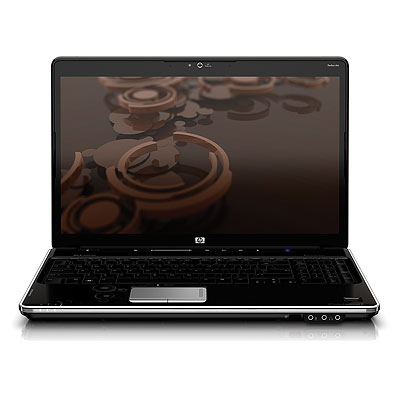 Some of the Specs, 15.6” High-Definition LED BrightView Infinity Widescreen display. People have asked if I'm a mac person but I'm more PC, I've worked with both however I like the PC interface plus the software for it is more easily and readily available for it than a Mac.

So now all there is now to do is to make it my own much like I did the last and I need to by some more stickers for the cover.