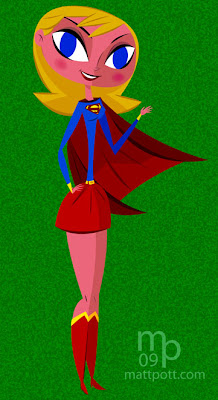 You Know I'm not afraid to admit that I really dug Supergirl the Movie when I first saw it at the cinema yes more than 25 years ago. It had alot of supergirl in it and thats what you want. She even went up against a giant demon and not even superman did that! if you compare it to something like say the latest Superman Returns it was even miles better than that piece of crap!

Two more movies I finally got to see, Max Payne and Species 3. The latter of the two best not even talked about how you can pass anything off as a 'movie' is ridiculous and Natasha Henstridges cameo being so wasted that film had so many plotholes it will just make your head spin.

Now Max Payne I LOVED IT being a big fan of the game and its sequel I allowed the changes and really enjoyed it for what it was. Its not without faults of course but was able to forgive it much more easily than most VideoGame to Movie adaptions! The strange thing is this movie opened a day before the american release in theatres here in Australia and yet its due on dvd next week over there while we have to wait until April!! How the hell does that work??