The website relaunch has been pushed back a few days to the 1st October, I'm heading down to my island getaway for that amount of time. It will be a great opportunity to reflect on life and such things oh and get few Logopolis cartoons done too. There will still be a new Logopolis on the Sunday if I get back home in time otherwise it will be posted in the wee hours of monday morning.

I just learnt that my pal Chris Sanders has moved on from the 'Crood Awakening' project and is working on 'How to Train Your Dragon!' sounds like a great project. From what I saw of the designs for crood back in August I hope they continue with all their original character designs for that movie they were amazing. Anyway all the best to Chris on his new movie. 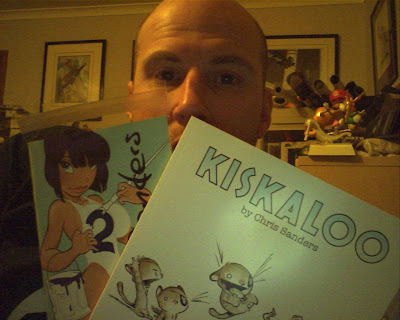 Talking about Chris, when I was at comic con this year I mentioned how I was sure to buy a copy of his kiskaloo comic strip. To which he Just gave me one!! How nice was that ? His helpers selling the things just freaked that he would just give it away but well I felt damn special for it!
Of course I bought a copy of his second sketchbook and a nice print of a girl being held by clothes pegs (You have to see it to believe it!!) but yeah Out of all of the stuff I got this is my most cherished of my time in America and the con!.

So I got Jeff Campbells sketchbooks, I got a deal where if you bought them all you got the limited print for half price. I also got my first Gen13 miniseries signed as well as the first couple of danger girls. I don't know about Jeff I was a little suprised he seems abit aloof especially when I first met him he wasnt at his booth I just went up and introduced myself and he was like 'who?' he didnt know who I was even though we had chatted a couple of times previously maybe I just got him when he was tired it just happened that I got him tired twice on two seperate days.
Their were alot of people also disappointed when they wanted a sketch and he told them no he wasn't doing them. He is a good artist though and thats all I'll say on the matter. 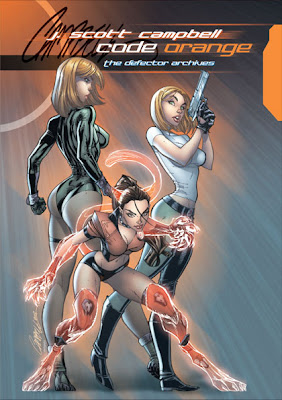 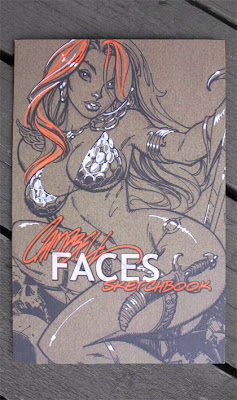 Well there is a part three to this, but you'll have to wait until I come back from the weekend. I hope you enjoy yours too. Oh and if you do check out this blog dont forget to put yourself in the Poll I've extended it till after the weekend.
Posted by Unknown at 11:57 PM