I haven't updated in a few days, I've been a bit of aloof while I work these things out, that which I hate most that being 'Life'. From this weekend I will be spending the rest of my Christmas alone. No chestnuts cooking on an open fire and No Jack Frost nipping on my nose. Oh well its not the first Christmas and it wont be the last!

I got myself a new phone as the other was 2 years old and despite being good for what I needed. My contract was almost expired and it was a better option . The fact it came with a great gift certificate didnt hurt so I got a Nintendo DS with it. 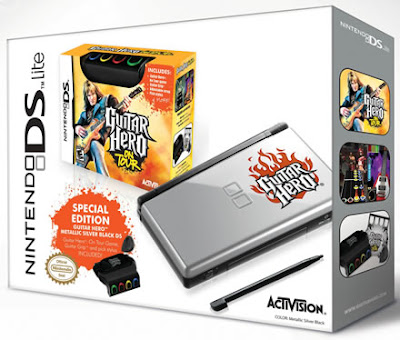 So with my birthday money in hand I got some games Professor Layton and Zelda. A friend had one and since I'm such a Nintendo Addict wondered why I never bought one (main reason no money). When I got the opportunity a few weeks back at the video game expo to play some games it was the DS that stood out. So I had a friend who works at the store show me the best valued which turned out to be the Guitar Hero Version! So I have been rescuing princess' all weekend and having fun playing with the stylus!

I also had a big blowout with my ISP recently they screwed my account well and good this month and have had nothing but problems with them since getting back home. They act as if its my fault but they screwed up!!

Been trying to catchup with my Summer Glau Obsession, I'm almost up to date with the all the Sarah Connor Chronicles and also fell behind on the new season of Heroes which lets face it, has gone major down hill since all the actors have become famous and the stories rubbish!

Finally saw Mysterious Island, it was very different to how I had remembered it. One thing that annoyed the hell out of me was it took 20minutes to get onto the island, as most of that was set on the balloon. So the pacing could have been better, I'm glad they got some of the monsters in it as they werent going too.
Posted by Unknown at 5:38 AM