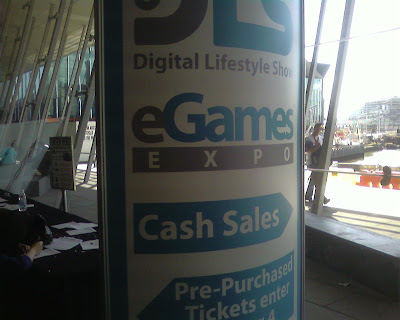 I woke up this morning with a bad headache, I had it throughout the day so if I sound a little cranky you would be reading correctly. This morning my nephews gave me an early Birthday Present a t-shirt that reads 'I'M DRESSED AND OUT OF BED WHAT MORE DO YOU WANT' because they feel I've been very lazy lately Sleeping in Alot and they would be right!! I told my sister that I will wear it on Monday to the interview which she replied 'NO YOU WON'T' hahaha Maybe I wish I will and if it turns out to be not one of my best then perhaps I had!

I've decided that if its the latter than, that will be that. The End. I can't continue down this road any longer. I gotta lot of bills to pay and if no one wants to use my artwork then its their loss. I'll finish my comic and see what happens but perhaps its time to find other interests.

News from Todd officially that my Perhapanauts cover will be out in January now..... I swear I jinx people!!

Okay enough with the down, I went to the E-Games expo today. You know straight away that the lines were going to be bad and they were. I waited ages and then was told I couldn't get concession unless I was 65!! I ain't that old, so I paid the full $18 entry fee. This is the first time I have gone to such an event and even I can tell you that is wayyyyy too much to pay for an event like this. There where a few areas of interest one was the showing of Little Big Planet on the PS3, the Nintendo Area and Ubisoft. Now Ubisoft had something the others didn't cute tall blonde girls in shorts that were so small that they needn't have bothered. I will NEVER understand what half naked women remotely have to do with video games!! Do they think that video gamers don't have girlfriends, so they have to fanatsize about being around a beautiful girl? They were nicew though and they smiled when you smiled and didn't seem at all shallow. I guess the money they were getting was dulling the pain of being ogled all the time! 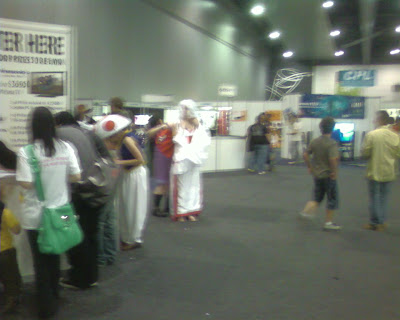 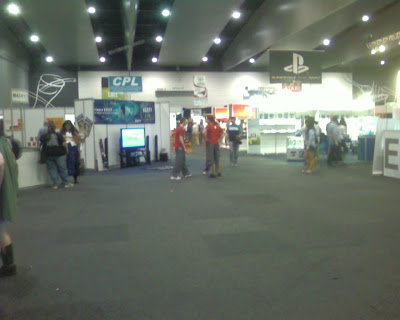 A fellow gets his photo taken with the GADGETGUY??? Oh thats a Keeper!! 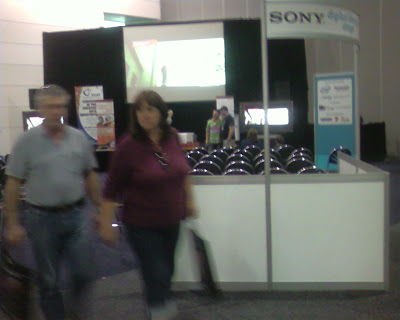 Anyway I have a small couple of videos of the event and I will post them up soon as they are processed!! But tomorrows sunday and I'm resting up a bit cause I know how stressed out I will be for Monday, Wish me Luck!!
Posted by Unknown at 4:13 AM

Email ThisBlogThis!Share to TwitterShare to FacebookShare to Pinterest
Labels: video