I'm sick of people saying I'm not doing any work, and wasting my talent. No I'm not making a dime from anything right now, times are tough!! But that doesnt mean I am not doing anything so to squash those rumors here is a panel from my book to have finished for christmas! 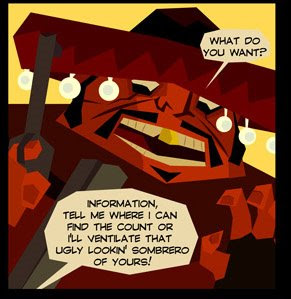 Sorry for the double post yesterday I had hoped to do another post just to avoid having to do one today so I can concentrate on going home but somehow the two posts became one I will try to avoid that in future. 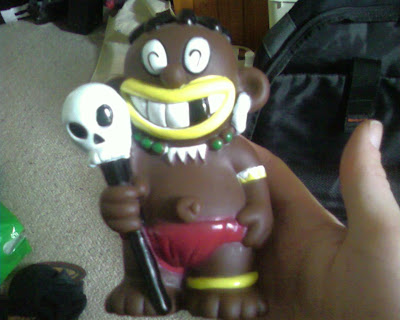 This is the Obama Dog Toy, doing the rounds. I'm not sure what to think of it but atleast my dog will have an absolute blast ripping it to shreds!! (EDIT 2013 THIS WAS A GAG DONE 5 YEARS AGO YOU IDIOTS I AM NOT RACIST IN FACT SOME OF MY ART FRIENDS ARE AFRICAN AMERICANS)

I finally saw the pixar film Wall-E, and it was 'ok' I mean it certainly does not deserve an oscar for best picture maybe animated might be stretching. I'll never work for Pixar so I guess I can say what I like now. I really hate the mixture of real people and computer generated. Either one or the other please pixar!! The silent film motifs were good, but their was a simularity of the movie seeming like toy story and some of the character designs were very poor!! It reminded me a lot of HoodWinked!
Posted by Unknown at 7:28 PM