While things ramp up for the Dreamworks Announcement. It's been a little over a month since our comic strip saw publishing but here we go with a new Logopolis. Enjoy.

Posted by Unknown at 2:07 AM No comments:

Up, Up and Away 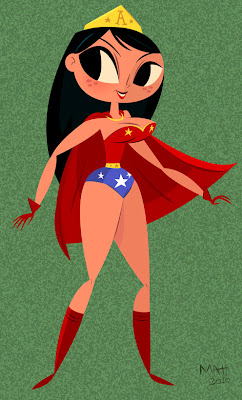 Confirmed today I will in Melbourne for April's SUPANOVA convention. I hope to catch up with alot of people while I'm there. One of which is the great Angela White whom time and again we seem to miss each other when I visit. It had been a year since I did some art for her but thought it was about time for another. Looking forward to it.
Posted by Unknown at 7:48 AM No comments:

A short update today, I know there havent been any in roads made to this blog lately. Theres a few reasons why, but just one for now I've been suffering from a mystery illness not sure what it is, its had alot of people worried so I will be sure to let you all know once its been removed from my head.

Also Upcoming this Month or Early next will be the first release of my Official Dreamworks Art Prints with one already in the can (so to film speak). Including a showing at Dreamworks Animation itself where everyone whos anyone will be in attendance except for me because I'm a no-one yet. More Information will be made public as soon as I'm allowed too.

Which comes to my next order of business, I'm looking for Suggestions as to which Dreamworks characters you would like to see via my interpretive works from the Following Movies, Kung Fu Panda, SHREK 1,2,3, Bee Movie, Monsters VS Aliens and Madagascar. All suggestions will be looked at and the most popular will be most likely be made.
Posted by Unknown at 5:10 AM No comments: