After one night watching a couple of movies, The Odyssey starring Armand Assante which is one of my favorite Henson Productions and also the new film MONSTERS which I don't want to talk about because it was so BORING. Anyway after watching a friend and I started to talk about women (which he is obsessed with) and the problems that they incur and I'm sure we vice versa them. I came up with this poem which kinda envelopes all aspects of our conversation. And to be sure I no longer offend I will be posting these up on Facebook to get opinions. I do not wishhave the repeat of hate I got a couple of years ago.

Posted by Unknown at 4:33 AM No comments:

I sat and watched 'Road to EL Dorado' for the first time EVER which had been sitting on my dvr for 11 months, A very forgettable film that was crudely animated despite it being made in 2D (Remember that?) I think I did see Rotoscoping in it as well. I found the character animation of Tulio and also on the female character Chel to be mostly very good but thats because Rodolphe Guenoden did that particular animation which I am not bias since I found out much later after watching he had worked on her.
I got through it quicker without the annoying Elton John songs they were Awful. The Story is BLAH, there is no defining END. For an 11 year old movie I can see why this has not been sent to Blu Ray or had any further releases or for that fact even mentioned again.

To be honest I can't really watch animated movies anymore too many lies and deceits behind the scenes its quite painful. Its like you have found the Man Behind the Curtain and he's one nasty SOB! I can't really say anymore unless I want to be sued thats the problem with having an opinion nobody wants you to express it!
Posted by Unknown at 4:23 AM No comments:

Its Taken almost 3 years but the website is back after numerous false starts and finally deciding its time for a Web Presence again. Unfortunately my Domain Name seems to be in the wilderness with a company that bought out my old provider however I still have two years left on the Lease hopefully by then things will get sorted with the stupid Buffoons! You Can Go Check it Out HERE 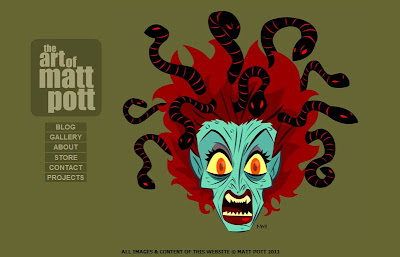 This was posted on the Perhapanauts, and the Rankin Bass Blogs Respectively and since its out there online heres the christmas card I did for 2010. But Don't Look Back, Look Forward!! 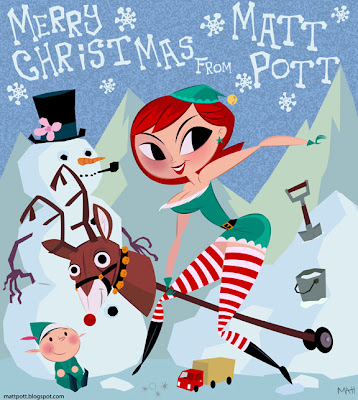 I recently saw MEGAMIND it was Cool!!
Posted by Unknown at 7:29 AM No comments: 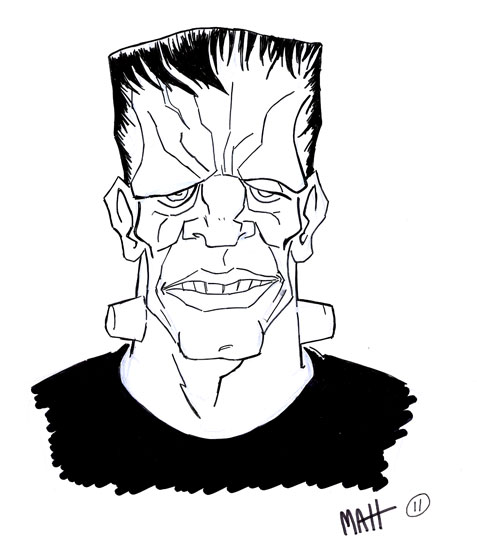 This is Currently for Sale $25 Sharpies on A4. My First Monster for the Year!!
Posted by Unknown at 7:09 AM No comments: