What is a professional??

Is it making money from something you are good at?

These Past few months has seen a resurgence of interest in my work. For awhile there it had me worried I'd been on a downward spiral for some time now. Long before I left for my US trip last year I was not really happy with my career prospects then LA happened and a blip occurred from where I reached an all time High....... quickly followed by an all time low. The few Job interview's I had didn't go so well and everything began to look bleak I was in a mound of debt. Artist friends stopped taking my calls and stopped reading my mail.

People I called friends abandoned me some have been suprising while some not so much. I think its truly a low act when someone who is struggling and others can see it and yet do nothing to not even give some kind of moral support are inhuman. Artists are a strange breed for this they like to look after themselves. I was never like this always willing to share work but then time and time again I would get burned and even I have my limits.

So anyway enough about them, for the past while I've been suffering from Depression with my own personal Black Dog. There I said it, earlier this year I was put into therapy for Extreme Anxiety Attacks. Right now I'm doing ok, Dealing and the medication helps. I love art its in my blood for while I tried to deny it but it kept coming back and resurfacing. Eventually embracing it and walking that long road to filling this artistic craving.

Art is a Hard profession to get into, many of my friends who grew up wanting to be artists have ended in a day job where they are living in a little cubicle answering phones and staring at computer screens all day. The Upside of this is that they are making money while I am not.

But art is art, no I may never make a mark on this Landscape of Earth nor an impression but its never been about that for me. I dont want Fortune and Glory. Just to be Remembered.

I dont talk about Video Games much but I love them and Scribblenauts is a Fun little Game I picked up for my Nintendo DS today. Its wonderful for a creative mind to use ideas to get from A to B. even for the fun factor of having a little baby eaten by a dinosaur is a hysterical thing to watch. I'm really enjoying it you can even write Book of the Dead and it turns people into Zombies. How cool is that!! On the Wii I've been getting readdicted to Super Mario Galaxy and apparently a sequel is in the works so looking forward to that!

The Perhapanauts Halloween Spooktactular sees release on the 17th October. Can't believe that cover of mine is just weeks away!!
Posted by Unknown at 7:53 AM No comments:

Am I the Only one NOT interested in 'The Princess and the Frog'? It just seem's to be Disneys apology to their classic 'Song of the South' ZIPPYDEEDOODAH!! Its like we need to make this a mostly Black cast and have no stereotypes because that would be bad! May as well have them all Voiced by Ice-Cube too while you're at it. I'm glad 2D is not dead I am so tired of the 3D my head hurts.
Animated Films have been lackluster of late. Sometimes I'm glad I dont work within that closed industry they all seem to be full of Alchoholics, Flakes, and Ego's. None of which I proudly am.

I will not be attending Armageddon 2009 this year in Melbourne, for a few important reasons. Last year was awful and I just didn't care for it. I was so bored within the first 10 minutes I couldn't believe I had a 2 day pass to use up. I also decided to save my money and finally pay off my debts so that I hope to hit San Diego comic con again next year for another review as Cartoon Network has decided to go all crappy with Live Action! I will have try to get into Nickelodeon and see what they have to say to my portfolio. But anyway back to Armageddon with its disappointing time last year and the fact I went to Supanova earlier in the year it just seems so mute to do it yet again. If you dont enjoy things then you need to stop doing it.

I am disappointed this does mean No Melbourne visit, I had hoped to meet up with my model friend Angela for a Coffee as well catchup with a couple of old pals. But not meant to be. My career is too important. I am getting older and not getting as far as I would like to go! Next week I begin some freelance work so I'm looking forward to adding that to my portfolio.

Finally it's taking awhile but Logopolis is coming back next month with a few cool changes after a years Hiatus. For followers on my Facebook I'm uploading the backlog of older Logopolis so you can catch up but as they are stand alone you wont have to read them but helps you understand the characters!
Posted by Unknown at 10:37 AM No comments: 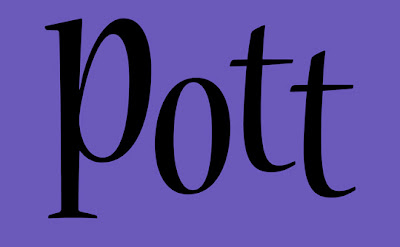 I've been playing with a new signature for my art. The Old one didn't really convey who I was and with new stuff coming out soon with my name attached the sig just didnt really suit the artwork in progess. So I whipped up the above Sig tonight to test the waters. I've tried it on the pick below as reference. 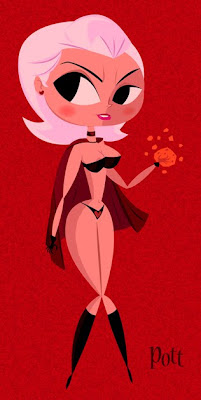 Posted by Unknown at 8:04 AM No comments:

A couple of weeks since my last update, I'm deep in artwork for what will hopefully be the first of many Art Print sets for DreamWork Collectors. Doing stuff that I will be finally proud of at last! So if I'm silent for most of this month you all know why! 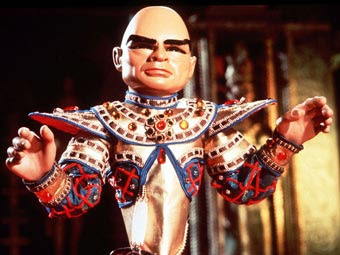 Ray Barrett may not be a name you are familiar but for Gerry Anderson puppet fans namely 'THUNDERBIRDS' he was the voice of the villainess Hood and a well established Australian actor who worked in Britain on shows like STINGRAY, The Avengers and Doctor Who. Ray died today and although he didn't like talking about his times working on these legendary shows he certainly played a very large part in 60's pop culture. Thanks Ray.

Speaking about Doctor Who last week I picked up the amazing 'THE WAR GAMES' DvDs, I am fast becoming a Patrick Troughton fan he was an awesome Doctor.

Also got the 12th season of The Simpson's, only as it had my favorite episode ever the The Computer Wore Menace Shoes. With its 'The Prisoner' Homage but it seems they didn't have the love for it enough to actually reference the series. They call its location the Island instead of the Village and I doubt highly that they couldn't afford the rights when they even use some of its music. But seeing this again it just shows how long in the tooth the Simpson's had become and with them still on the air some things were meant to end.
Posted by Unknown at 7:59 AM No comments: