You Haven't got much time This is your last chance to win a Signed Copy of 'The Perhapanauts Halloween Spooktacular'.

Due to Timezone Differences I will be doing it in Australian Time Friday the 27th November MIDDAY and have organised a friend to draw the name so it is all fair and square.
So Just email me at mattpott74@hotmail.com with PERHAPANAUTS COMPETITION in the Subject Heading including your Full Name and Address and you could be the lucky winner.
Posted by Unknown at 10:23 PM No comments:

Celebrating my Birthday this weekend you have the chance to WIN a Signed Copy of Image Comics 'The Perhapanauts Halloween Spooktacular' Signed by the Cover artist Matt Pott and Creators writer Todd Dezago and artist Craig Rousseau. 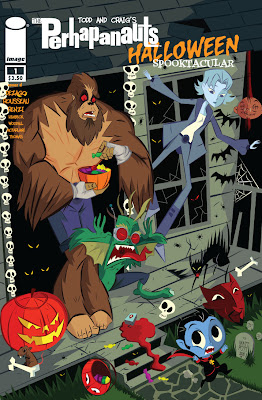 To Win Its Simple, All you have to do is to email mattpott74@hotmail.com with the title 'PERHAPANAUTS COMPETITION' in the subject heading along with your Full Name and Mailing Address. Thats It Just Remember to include your address if you dont have it your entry is void.

This Competition is Open Worldwide and eligible to Everyone with One Entry per person. All Entries Should be in by Friday the 27th November 2009 and the Winner will be drawn and contacted on the Saturday 28th November.

Email ThisBlogThis!Share to TwitterShare to FacebookShare to Pinterest
Labels: comics

The character Choopy from the Perhapanauts drawn last year. The colour looks faded because I was working in CMYK at the time so its less Vibrant. 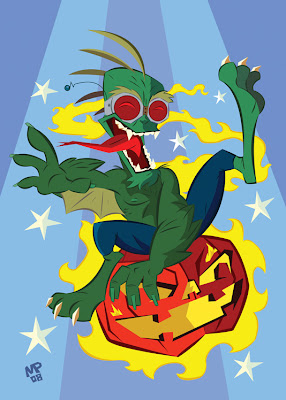 Posted by Unknown at 8:57 AM No comments:

Remember the Perhapanauts Cover I did? It was the most detailed artwork I had done at that point and I Thought it only fair to share some pre-production work I did for it. Using mainly Steve Purcell and Jill Thompson as Inspiration I sketched out the main characters and then put them together across a page. Once they fit all nice and snuggly I then began the task of drawing it all in illustrator. 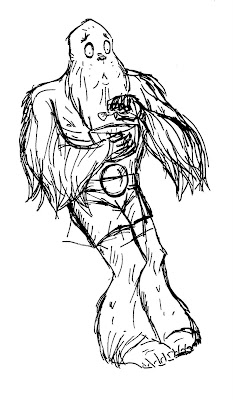 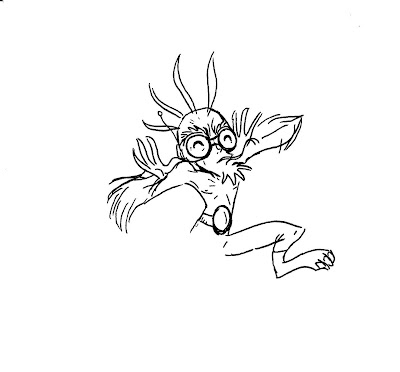 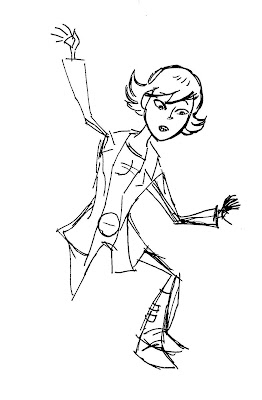 Posted by Unknown at 4:43 AM No comments:

It's been a year since my last job interview. It was a bad interview so bad I didnt even hear back from the Games Company it was for. During the Interview I was asked if a cheerleader game based on a long running Franchise Movie turned into the vein of a Guitar Hero/Dance game would interest me?? How does one dignify that with a response.... Oh Yeah Wow oh how brilliant a video game where you have to play with pom poms and jump around in a skirt. Every guy as well as girl will want that for their games collection.

I tried to put on a brave face, but I guess the disgust of having to work on such a game that was soley there for a Brand Name and Profit destroyed any sense of interest in games. They saw right through my thinly veiled liking of such a crappy thing. Yuck. As a Wise StormTrooper once said 'Move Along, Move Along'

Finally saw the movie '9' I really liked it, my only issue was the ending it was so Ambiguous. Not to mention the resolve was a little cut short. I think this needed a thought process to it.

Picked up a PS2 today cheap because the store was getting rid of them, its not the PS3 I wanted but I really cant afford to have one right now with the way my current bank balance is. So I am unsure what games are available. I got Medal of Honor Vanguard which I'm having fun with I guess the controls could be better. Any other games you think I should get for it?
Posted by Unknown at 5:18 AM No comments: 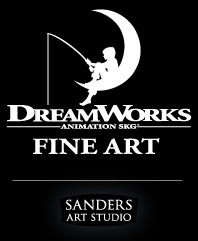 So as you know or may not, I will be Contributing to Sanders Art Studio with some Licensed DreamWorks Fine Art Later in the Year (Not Long Now). Its a slow process since I'm juggling my work around it. Anyway the art studios got the Official Website up and running and I can be found in the 'Artists' section with a little bio. More Info will be available when the first few pieces are completed until then you can Click Here
Posted by Unknown at 11:57 PM No comments:

The Art of Being an Artist.

I'm sure every artist can relate to this.

Posted by Unknown at 3:49 AM No comments: 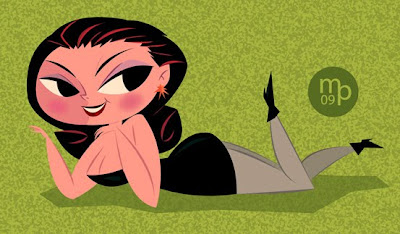 I don't like the Super Thin Model types, So thats why I like to Draw Cheesecake.
Posted by Unknown at 1:16 AM No comments: 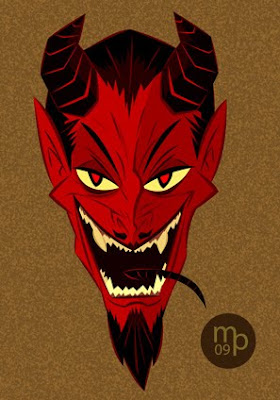 Moreena Bacharin is Lovely as evil leader 'ANNA' ok so its not 'DIANA' but her subtle blinking shows a devious demon inside. I wish they had strange voices it shows that yes they are indeed alien even if we cant see their inner selfs. Probably the only aspect I wasn't so hot on was I like Rayguns and giant knifed ninja lizards dont excite me as much Oh Well cant have everything.
Posted by Unknown at 6:45 PM No comments:

Jon Pertwee Was the Third Actor to Play The Doctor from 1970-74, He was the first to be seen in Colour and was very different to his previous Regenerations. This will be the Last of my Doctor Who Artwork for now. 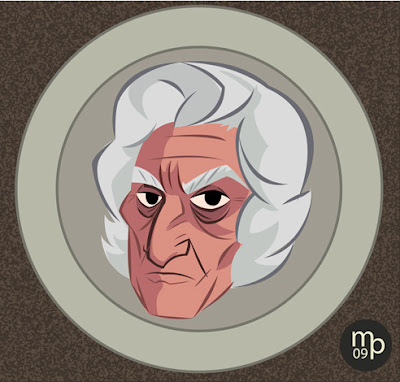 Another Frankenstein Monster, I don't think I've ever posted this on the Art blog before. But Please Correct me if I'm wrong. I was thinking how cool it would be to have a Book of Different artist interpretations of the Monster and how fitting it would be for creators to make their own monster. 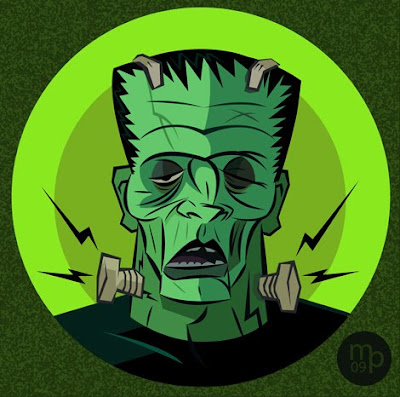 Posted by Unknown at 9:57 PM No comments:

Patrick Troughton was the Second actor to take up the mantle of the Timeless Doctor in Doctor Who. 1966-1969. 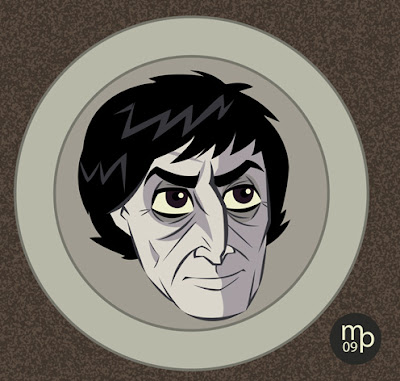 Posted by Unknown at 9:23 PM No comments:

I'm Aiming for a Post a Day this whole Month of November so keep coming back to see what I've got coming up. 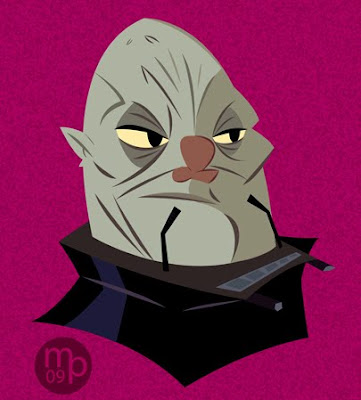 Posted by Unknown at 4:32 AM No comments:

I've had this picture for awhile. Some time ago I tried to get the job of Cover Designer for the Deluxe Mad Monster Party DvD being a massive fan of the Movie. I even went so far as to do this Rough. As you may know I didn't get the job I believe there was alot of politics behind the scenes. Eventually they went with some atrocious Photo Cover. YUCK!! 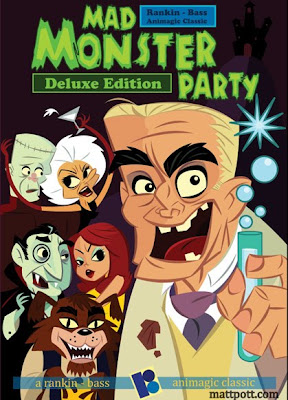 It's Still a Great Movie though and an Awesome Halloween Treat.
Posted by Unknown at 1:34 AM 4 comments: