Red Licorice may just have to be a pet project for now until I find a Publisher willing to give it the go ahead and have the know how too do publicity. Personally I know that if I make this and Publish it myself its not going to sell I already have a hard time selling my Teeshirts and those are where I get my most current income from which btw is not very much. Sadly the Dreamworks stuff  I've done has not sold either and I've made the heartbreaking decision to cease on any future artwork for that series. As I don't have the Backing from ANYONE because of my status of being an Unknown artist things are Bad.

My Current Personal Project is 'Lord Fancy' for now, remember Rupert Fancy? well yeah its been awhile on that Front. I did some test pages back in June of last year for a style I ultimately didnt care much for it and it was kind of ugly and while having a coffee with a friend I showed him what I had in mind and he seemed disappointed in what I was going to do and so maybe I should stick with what I can do best.

I am making some design decisions on the current look for a possible animation or book with this character. The title of which is secret as is the Plot. I would like to have something ready to announce in time for Supanova even but we will see on that. I'm going to commit on this for the Month of March to see if I can do something nice with it.
Posted by Unknown at 11:15 AM No comments:

With not much work in the pipeline I'm doing my own Projects to have finished in time I hope for Supanova. I've also been avoiding people for most of the month it seems everyone is more concerned with themself and their problems and I'm tired of being Mister 'I am Here to Listen'.

Anyway I finished the main game in Assassin's Creed Brotherhood, I have to admit it was getting easy and the horse was the slowest thing ever. Should have ridden a donkey would get there alot faster. I really missed Killing Targets in this. Don't get me wrong its a great game but after playing Red Dead Redemption theres alot of things they tried to use and failed miserably. I didnt care much for organising your Assassins either. 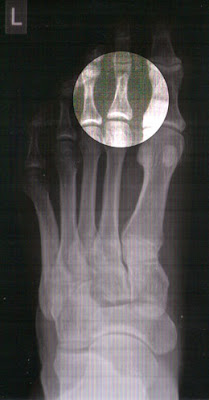 Not good for the Faint of heart I know but, I broke my Toe a couple of weeks ago and I can't do much until it heals. I've never broken anything before, but I'm sure lots of people out there would have preferred it had been my neck!

Talking about breaking limbs, I'm playing Assassin's Creed: Brotherhood right now while recuperating!!
Posted by Unknown at 6:47 AM No comments:

A Cup of Tee

This was intended just for myself to wear at Supanova if I go in a couple of months time. But other people wanted it available so I decided this is a gift to them. The truth is I don't really feel like drawing anymore I feel this talent is getting wasted and I'd rather not use it if I can't do anything contructive with it. 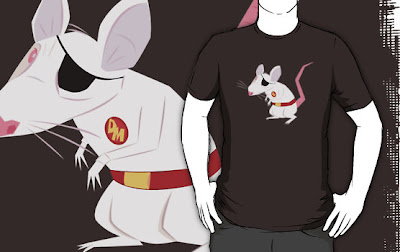 Suggestions with this Shirt I would really go for the Brown Color if you Order One. You can find it HERE.
Posted by Unknown at 3:06 AM No comments:

I've always tried to stay honest, My outspoken ways have lost me alot of So-Called friends because I've dared to be honest and opinionated. But the fact is I've become a bitter man not getting any younger for the way fates Hand has dealt me with an Amazing gift thats been much more a Curse. Its like being given a really powerful Spell Book with all those around you not allowing you to perform and use it despite knowing you could do alot of good with it (sorry for the Harry Potter-ish Analogy)

For some time now I have wanted to close everything down and disappear, I still do. I am not understood, I am neither admired nor thought about in positive light.

There will be no Future Exploits in America I am putting an end to that thought I am NOT Required nor wanted. I have been treated like a Novelty which some so called artists have thought of me as. And I cannot stay on this path to nowhere knowing that there are such evil SOBs out there. I grew up on Walt Disney and the promises of his future for animation and that anyone can make a difference to this art form. I'm kinda like that Rat in that Movie I can't remember the name of where its all just a lie and I'm a Lepper. I got compared to an out of work Actor the other day too, where its just a hard industry I think its a terrible example but perhaps that person is right. Its just not meant to be, one little fish in a Big Ocean!

I need to End This Sooner rather than Later. And that time is Nigh. I would like to thank all those who have bought my Art over the years from my T-Shirt designs to getting that Comic Book Cover a couple of years ago just because I drew it. Thanks So Much its people like you that have made this decision so Hard to make.

Rather than leave on a Low note heres a T-shirt design I just made for myself of my favorite cartoon as a kid Danger Mouse. 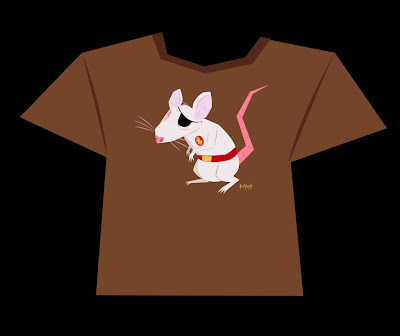 Posted by Unknown at 4:58 AM No comments: