This Weekend Happens to be San-Diego Comic-Con and I'm not there for the SketchbookSession which I loved to be apart of last year met so many long time friends from the DrawingBoard and Myspace fantastic time. 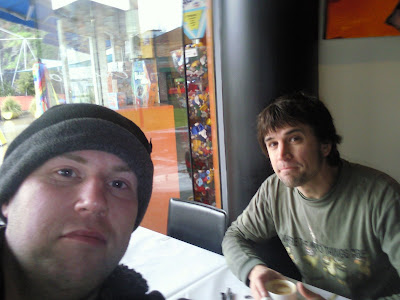 So Me and Chris Downes got together to have an attempt at doing our own not much got done but we really had a Blast talking about the Tasmania Art Sub-Culture scene and the people that abuse us. I got to see Chris' Mural he designed and it was great to chat to someone with similar Artistic Tastes and hope to do it again with him sometime soon. Please Checkout Chris' BLOG to find out more about him and Perhaps even read and buy his incredible comic book 'A Diary of a Work in Progress'.

As for where I have been around?? um......There will be announcement in about a weeks time it all seems very fitting and I'm very excited as to what will be happening.
Posted by Unknown at 7:29 AM No comments:

I've made available my Michael Jackson designed T-Shirt,$35 AUS you can buy it HERE 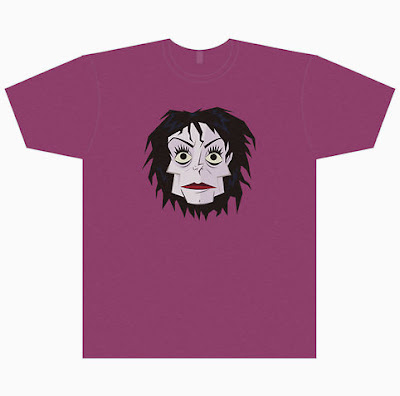 A week ago my favorite Discount DvD store had a deal get 2 Boxsets get one free. So I picked up the first three seasons of LOST. I had seen the Pilot but thats as far as I Got Mainly because I had no idea what the show was about was it Sci-Fi, Drama, or 'Gulp' Reality!!

I still don't know, but I have to say I'm enjoying it Despite the Fake Australian Accents. I mean do we talk like that no. In some ways they talk like South Africans and in others They are New Zealanders. Thats probably the biggets insult to bestow on an Aussie to have them played by a Kiwi. Its most likely the reason why the Star Wars Prequels Sucked so much!

Anyway I'm into Season Two already, you get through one episode to want to watch the next just the way shows should be.
Posted by Unknown at 8:33 AM No comments: 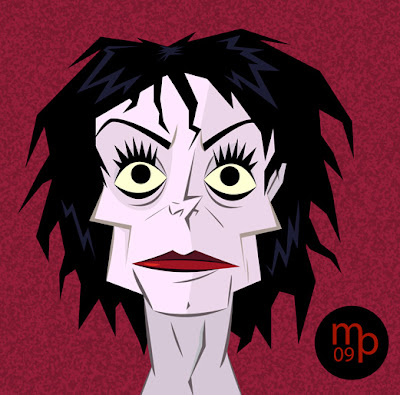 Heres an Upcoming TeeShirt design for Michael Jackson Devotees. Speaking of TEE-Shirts due to numerous discussions I have had to change my Currency on Redbubble and now all prices of the shirts are $35.00 Australian but will still be much cheaper if you live in the States.
Posted by Unknown at 3:59 AM No comments: