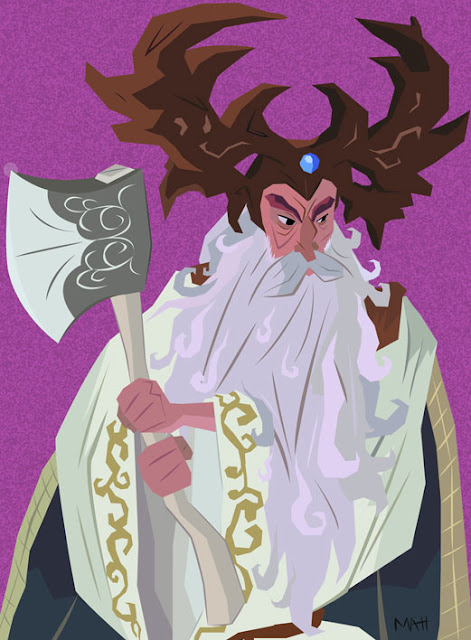 Something about that design grabbed me, perhaps its the giant wooden antlers he wears or the Awesome Silver Axe he wields which by the way chopped enemies easily in two in the original book written by Frank L. Baum and not produce lazer beams to minimize angry parents wrath against violence on the screen. Still its a great show I try to watch it every year and really enjoy all the Designs of the Woodland Spirits probably R/B Greatest TV special.
Posted by Unknown at 4:47 AM No comments: