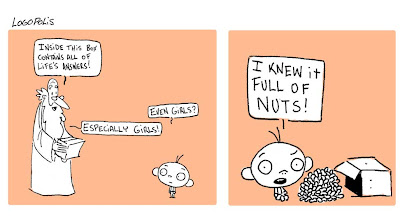 The Weirdness of Logopolis returns as well as me. I have been gone to long from bloginess and hereby dedicate the entire week to updates starting..........NOW!! No doubt everyone has left and thought I was never coming back tsk, tsk typical!! So yeah I'm still trying to find my way on how to create an online strip theres plenty of inspiration out there however!!

So what did I get upto this week, well besides being sick, I booked a flight to Australias version of Metropolis 'Melbourne' but the strange thing is I only have a one way ticket!! I plan to comeback to tassie, just don't know when. I'll be there from the 19th of February but as usual I'll blog it so you don't miss out on my adventures.

I got a chance to watch 'STARDUST' tonight an interesting film in that some of its stars get killed off and I was like yeah but he's a big name. But I was more pleased that Ricky Gervais was finally got his just desserts No I never found 'The Office' funny in fact it was way overated!! But I like movies like this Unpredictable, and keeps the audience unsure as to where its heading. As a good example see Mars Attacks where everybody died!! LOVE IT!!
Claire Danes what happened to her eyebrows?? I think she was taking a page out of Natalie Portmans book from Revenge of the Sith totally Yuck!!

hmmm... what else is news ahhhhh yes big...BIG news coming soon. I'm really stoked as to its importance. And its been a long time coming!! What is it?? well can't say....Yet!! I'll save it for April when its closer to the release date!!