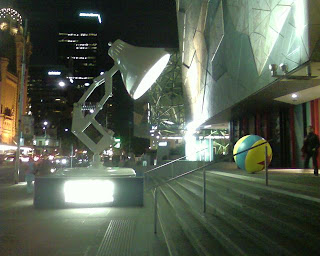 There were so many West Indians around Federation Square I felt somewhat out of place until I realised it was a Bollywood Party!! 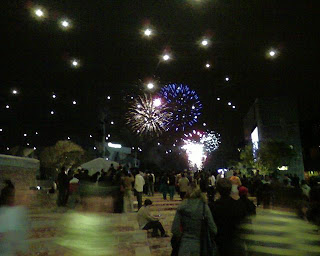 Sick of hearing about Armageddon Expo yet? I got home on Wednesday and had so much of a backlog of work to do I just didn't get time to finish up my AE experience. As far as the work is concerned yes its to do with Art and I will discuss more on a later date. But I thought I would finish up my Third and final trip to Melbourne this year with some photos that didn't quite make the cut in previous posts and a retrospective on the event as a whole.

So here we go,
The Expo was Poorly Organised and a Shambles quite frankly not as bad as the only other one I have ever been too OzCon back in 2006 which comprised of two comic guests and a bucket of poo. AE was Much better in this respect with some A-List guests minus the Poo!! 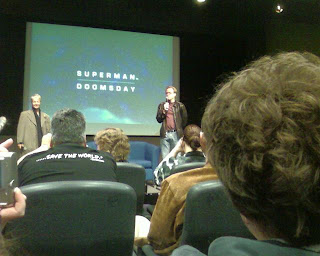 The reason I posted two of these see the fat guy with Heroes Tshirt trying to get a photo he swapped seats FOUR times before the movie started and then he left before the movie finished anyway..... what a dick!! 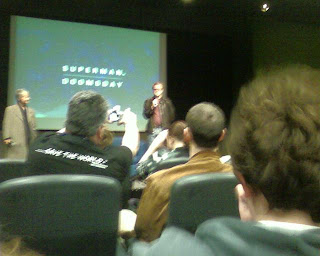 But AE really missed some opportunities. For starters WTF was with the lines of people waiting to see one guest, having to wait in one big line for ALL of the celebrities to see just one person. Why not have seperate lines for each guest way that way you get to meet who you really want. There were actors who were doing absolutely nothing like John W Shipp while people all the way at the back of the line could have gone straight ahead to meet their favorite celebrity rather than stand there like statues!! 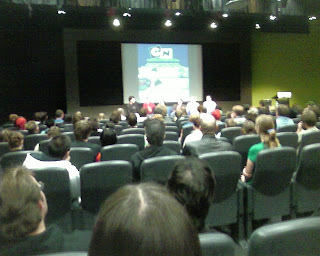 The Event schedules sucked, they really needed to have organised the Q&A a bit better. They had the voice actors do a talk for an hour and half and then they had them sit down for 2 hours again straight after to do the signings Billy West was Pissed by the time I came around he was asking the organisers when he could go. So I think I got a slightly more aggressive Billy than most would have gotten. Its not his fault its really just poor organising on AE side.

Besides giving out cheap comic books and other rubbish when you go into the venue, I think they should also include free samples of UnderArm deodorant for the thousands of smelly geeks who don't get out in the sun much as their too busy being in the basement playing World of Warcraft 24/7.
Whatta Sketch!!

I asked Bruce even though he would never look at my artwork if he could inscribe some advice in my Modern Masters book and this what he wrote.......... 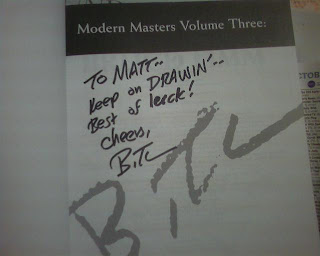 Because of the whole Bruce Timm waiting two hours debacle ( but it was worth it check out Bruce's Joker Sketch) I missed out on meeting futher people I was interested in seeing. Like Nicola Scott, Amanda Connor and Alan Tudyk it was either you wait in this line for 2 hours and then probably not meet them because its break time. You couldn't really go and see both and although I have to admit I left early on the Sunday, after meeting Bruce only because the thought of waiting another 2 hours in line was truly too much to bare even I need a rest from time to time.

Anyway it makes one think what it would be like to have fans come up and tell how they love your work, but if I'm ever an asshole please kick me!!
Posted by Unknown at 10:34 PM