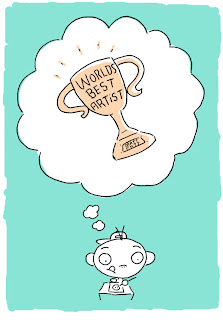 I thought it would be fun to look back at my work over the years specifically my much younger days of when I dreamed of making it in this big world of art.

I had recently been asked.... well no actually make that more like ORDERED to remove years upon years of Papers that have accumulated in a single room to the Garbage Heap and so I have had to sift through alot of stuff that I had mostly Forgotten or in some cases wish I had. Well let me start by sharing these memories. 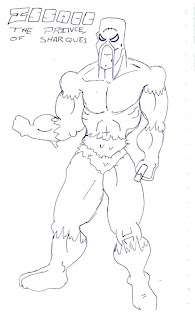 My mum used to bring stacks of computer printer paper home from her office for me to draw on. It was an endless supply so that I could create my own comic books. I can't really say when these were done possible very, very early 90's. 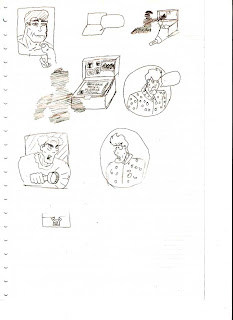 These are so badly drawn I don't know where to start but taking a critical eye now, WTF was I thinking!! These aren't even understandable and I think they were heavily influenced by McFarlane and maybe Liefield at the time, before I knew any better!! 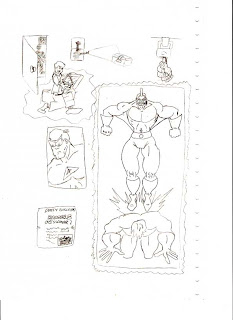 Okay enough of that embarassment, later on in the nineties I got a little better even landed some work doing character designs for an Outfit that was well to say the least a little dubious but still the money was good and it paid my way to the States that year for a nice holiday!! 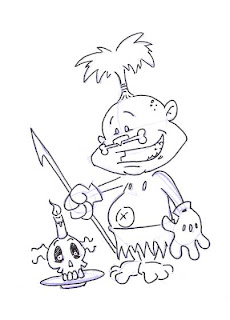 I wasn't sure where to go after that, There was no work for me as an illustrator in Tasmania and I really had no art Qualifications. So it was decided that I learn Graphic Design, at the time the only thing I could get was a years study of Desktop Publishing in '99. This I believe was part of my portfolio when they accepted me into art College. 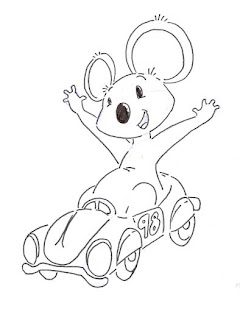 So I learnt lots of things in college that year, mostly I was interested in Photoshop and Illustrator which took me ages to get used too. 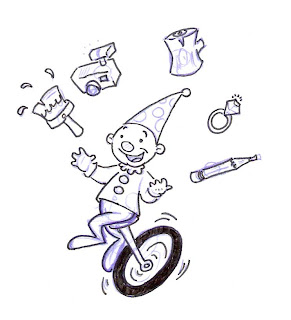 So I finished up up my year, and was then accepted into a Two Year Graphic Design Diploma At this Point I had begun to spread my wings a little and began to study life drawing. 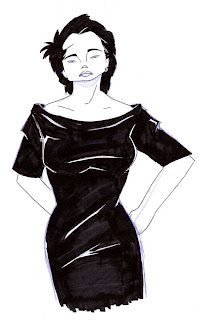 I remember doing this of a not so flattering picture of our Teacher who was an absolute ass and so on himself. He stole one of my designs that I was so proud of and it was a big wake up call for me when it happened!! 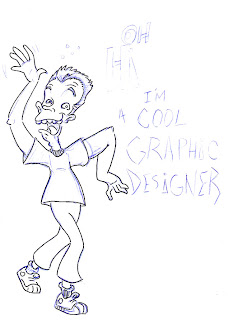 So I got to let go of this stuff even the work I'm attached too, I recently read a wise artists statement where he said that if you hold onto your old work even if you like it you will never see much improvement on your new work and you won't grow.

Oh, one more thing heres the Very first sketch of a character I created years ago who would eventually be called Trixi the Atomic Girl. I think there was some Harley Quinn design rip-off from the image on the left. 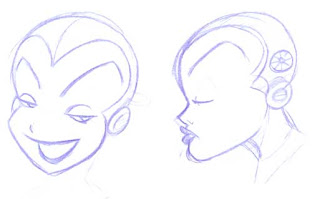 And heres the finished illustrator work where I used it as a logo for a time, it will be hard to part with these in particular. 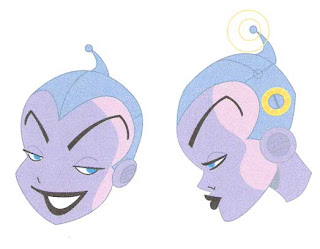 If anyone wants to see more early work, let me know before its gone forever.
Posted by Unknown at 9:53 PM