So you got an idea that will sell a million t-shirts, animated series and possibly a live action movie. Well forget about all that okay, its just rubbish.

Lets look at creating a Character from scratch.

The Idea: We start with a girl alright lets make her have two sides a good side and an evil side. Yeah sounds like every other girl. But wait how about its magnified a thousand fold as we throw in the Jekyll mixture. ohhhh now we are rocking. So lets make her about 5/6 year old drinks the potion she turns into a Hyde character. AWESOME!!

So I begin by drawing some rough sketches. As this will be a character with two personalities I decided to do this girl who is somewhat posessed! 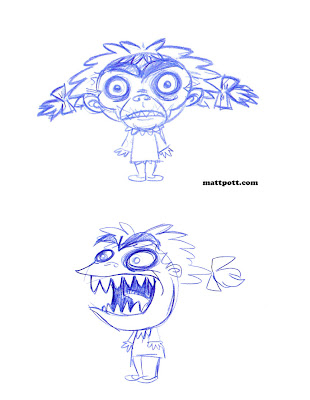